Why did the World Council of Churches refuse to suspend the Russian Orthodox Church? 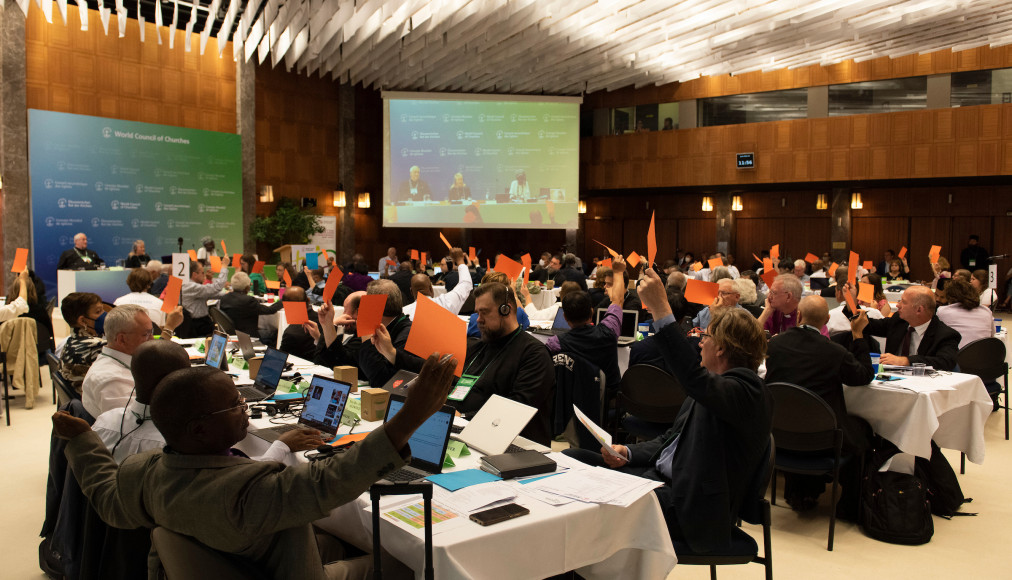 Why did the World Council of Churches refuse to suspend the Russian Orthodox Church?

Should the Russian Orthodox Church be suspended from the World Council of Churches (WCC) because of its position on the war in Ukraine? This was the most debated question at the last WCC Central Committee (15-18 June 2022) After a long debate, it was decided not to suspend it but to challenge this church, using the WCC as a space for dialogue.

In the Declaration on the war in Ukraine, the WCC strongly criticized “the illegal and unjustifiable war inflicted on the people and sovereign state of Ukraine”, stating that "war, with the killing and all the other miserable consequences it entails, is incompatible with God’s very nature and will for humanity and against our fundamental Christian and ecumenical principles."

The WCC also received many letters from individuals and para-church organizations requesting action against the Russian Orthodox Church. Three Protestant churches discussed this in synod and forwarded their resolution to the WCC. These are the Evangelical Reformed Church of Switzerland (ERCS), the Reformed Church of America and the Church of Wales. The "Uniting church of Sweden", called for the supension not of the church, but of Patriarch Kyrill.

"It is now up to the WCC to examine the suspension. A limit must be set for this Patriarchate. This church is trampling on all the values of the ecumenical mission of peace, cultivated after the world wars, on a theological and metaphysical basis", said Michel Müller, President of the Council of the Reformed Church of the canton of Zurich, at the last ERCS synod.

Discussing the suspension of a member church is a very rare event in the WCC. That is to say, it was a very serious issue! Although its rules provide for this possibility, its practice is to continue the dialogue, not to exclude. In fact, suspension has only been decided once in its history: that of the Kimbanguist Church in Africa which only after a long process and for theological reasons.

Rev Ioan Sauca, the WCC's acting general secretary, recalled that the Dutch Reformed Church in South Africa, which had theologically legitimized apartheid, was not excluded from the WCC, but withdrew itself following the condemnation of its position by the other churches. (read here his recent interview)

Rev. Serge Fornerod, Director of External Relations of the ERCS, was responsible for conveying his church's decision, asking the WCC to "verify whether a process of suspension of the Russian Orthodox Church should be initiated".

He says that Rev Ioan Sauca's report to the Central Committee does not sufficiently criticize the Russian Orthodox Church's theological justification of the war in Ukraine.

He admits that the WCC must be a place of dialogue, but he also calls for the Russian Orthodox Church to be challenged on this issue, as the Dutch Church in South Africa was on the debate about the theological justification of apartheid. "The world is watching us and we have to speak out: we have to challenge Patriarch Kyrill's rhetoric justifying war,"  Fornerod says, inviting the WCC to organize a theological consultation on the theme topic of religious language.

Pastor Laurent Schlumberger, ex-president of the United Protestant Church of France, was one of the most incisive in challenging the Russian Orthodox Church. He believes that the question of "status confessionis" is once again at stake, that is a theme where the content of the Christian faith is at stake. He cites a Declaration - written in the style similar to that of Barmen's - criticizing the ideology of the "Russian world" justifying a divine vocation for Russia in opposition to the corrupt West and signed to date by 1500 Orthodox theologians.

Fernando Enns, a German Mennonite, says it is unacceptable for one Church to legitimize the killing of innocent people, but also for other Churches to legitimize the arms race. He calls for a pilgrimage of justice and peace to Kiev and Moscow.

The views of these delegates will be heard, as the Central Committee's Declaration on Ukraine states that : "Grave concerns are being raised in the ecumenical fellowship about any misuse of religious language to justify or support armed aggression, in sharp contrast to the Christian calling to be peacemakers. A fresh and critical analysis of the Christian faith in its relation to politics, the nation and nationalism is urgently called for”.

The WCC, a space for dialogue, not a court

However, after about 15 interventions, it became clear that the Central Committee does not want the suspension of the largest of its member Churches. To take a theological stand by having the courage to question: yes, but to suspend: no, said Rainer Kiefer of the Protestant Church in Germany (EKD).

Serafim Kykotis, Archbishop of the Orthodox Patriarchate of Alexandria, recalls that the primary role of the Church is to pray for an end to the conflict. He strongly rejects the suspension but calls for zealous prayer.

The argument most used by delegates was that suspending a member church would abolish the space for dialogue that the WCC offers. But Churches need that space, just as they do in a family, says Bishop Eva Brunne of the Church of Sweden.

For Marina Kolovopoulo of the Orthodox Church of Greece, the WCC is a platform for dialogue, not a court. Similarly, for Rima Barsoum, a Syrian Orthodox, the WCC's goal should be reconciliation, not condemnation.

Archbishop Vicken Aykazian of the Armenian Apostolic Church also says that only dialogue leads to reconciliation. But he deplores the fact that no Christian nation protested when Nagorno-Karabakh was invaded by Azerbaijan. Metropolitan Vasilios of the Church of Cyprus asks the WCC to call on Moscow to restore communion with the other Orthodox churches.

After hearing from these mostly Orthodox delegates, WCC president Agnes Abuom invited the delegates of the Russian Orthodox Church to speak. The first, Philaret Bulekov, refuted the allegation that the Russian Orthodox Church supports the war. It wants to be close to its members who are suffering, both in Russia and in Ukraine. It is wrong to contrast it with the WCC. He asked which Church had reacted when the European Commission had said that peace could only be made by arms?

Margarita Nelyubova invites the delegates to read the famous sermon of Patriarch Kyrill held on Forgiveness Sunday, the only one where he spoke about the war during the last three months.

She does not see it as a justification for war, as many have interpreted it.[1] Fr Mikhail Gundyaev, the Russian Orthodox Church's delegate to the WCC (and Kyrill's nephew) agrees.

Finally, Philip Champion, the young secretary of Metropolitan Hilarion Alfeev, the ex-president of foreign relations who recently moved to Budapest, believes that a suspension of his Church would cut off the younger generation from the ecumenical movement and strengthen anti-ecumenical currents in Russia.

At the beginning of this debate Audeh Quawas of the Orthodox Patriarchate of Jerusalem (perhaps the most voluble delegate) wondered whether the WCC would survive this crisis.

At the end, President Agnes Abuom asked to listen to the Kyrie chant: "Lord, have mercy on us"!  She said how important it is to hear each other's stories, the suffering on both sides and to resist the media war. "Only dialogue leads to healing and reconciliation. We need to be courageous and welcome each other by continuing to pray, walk and work together," she says. "The compassion of Jesus leads us to metanoia...Let us overcome our divisions with an ecumenism of the heart," she also said in her report.

Rev Ioan Sauca also recalls the centrality of dialogue: "We have to fight to lead people to dialogue and build bridges for the future. It is too easy to use the exclusionary language of politics. We have to use the language of dialogue and reconciliation. Against the devil who wants to divide, we must keep the table of dialogue always open. And he assures that the Russian Orthodox Church is ready for dialogue, which is also welcomed by the Central Committee's Declaration on the war in Ukraine.

A Spirituality of Pilgrimage

In his report, Rev Ioan Sauca underlined the "spirituality of pilgrimage" that animates the WCC. The early Christians called themselves "those who walk the same path" (syn-odoi); the image of pilgrimage best expresses the identity of the WCC.

"The pilgrimage of reconciliation and unity will be a strong direction for the future," says I. Sauca. To speak of "reconciliation" is probably too early when considering politics : we must call for the demand of justice. But as far as the churches are concerned, reconciliation is at the heart of their common faith. Not to seek it would contradict the Gospel which proclaims it in all its dimensions, both vertical and horizontal.

The delegate of the Ukrainian Orthodox Church (belonging to the Moscow Patriarchate), Rev. Mykolai Danylevych,  did not participate in this central committee. The cry of this Church under the Cross was missing, but members of the Ukrainian Churches will be invited to the assembly in Karlsruhe.[2]

Let us hope and pray that on this occasion encounter and dialogue motivated by the love of the Risen One will be possible, as the WCC central committee wants in its statement:

"The calling to dialogue, encounter, and the pursuit of mutual understanding is the very essence of ecumenism. Division and exclusion is the antithesis of the purpose of our movement.”

“The WCC is a fellowship of churches which confess Jesus Christ as Lord and Saviour in heaven and on earth. Our unity, purpose and mission are found in Christ. I believe in the mission, message and significance of the Church in the world today. Therefore, visible Christian unity is absolutely necessary to witness to a broken and suffering world. A divided church is a weak and feeble witness to an already fragmented world. My vision for Christian unity is based on John 17:21: “Father that they may be one so that the world may believe you sent me.”

On the Catholic side, Cardinal Kurt Koch, president of the Pontifical Council for Promoting Christian Unity, is convinced that Kyrill legitimizes the war. In an interview published on June 30 on the website cath.ch he does not mince his words and even and uses the strong word "heresy" : "There is a heresy in the fact that the patriarch dares to legitimize the brutal and absurd war in Ukraine for pseudo-religious reasons"

As for Pope Francis, he recounted in an interview with the Italian daily Corriere della Sera (picked up by the Washington Post) the content of his video interview with Patriarch Kyrill on March 16. "For the first twenty minutes, with a paper in his hand, he read me all the justifications for the war. I listened and said, 'Brother...we cannot use the language of politics, but (must use) the language of Jesus.... We have to look for ways of peace, stop the noise of weapons".

[1] For example, Archbishop John of Dubna (Renneteau) wrote to Kyrill about this sermon: "you imply that you justify this cruel and murderous war of aggression as 'a metaphysical struggle', in the name of 'the right to stand on the side of the light, on the side of God's truth, on the side of what is revealed to us by the light of Christ, by his word, by his Gospel”. Antoine Arjakovsky gives further references to Patriarch Kyrill's support for the war in Ukraine: "Comment le patriarche de l’Église orthodoxe russe s’est-il radicalisé?". Observatoire international du religieux. Juin 2022 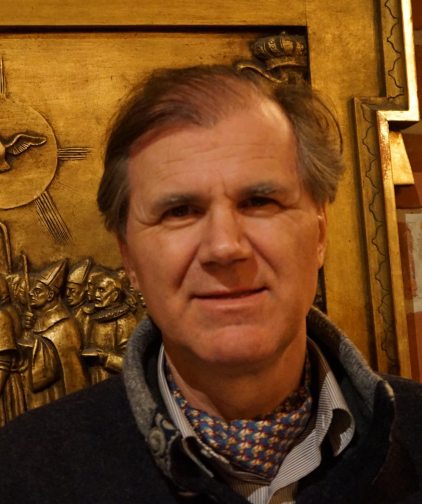 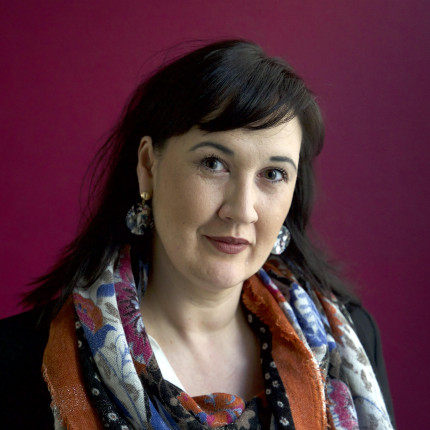 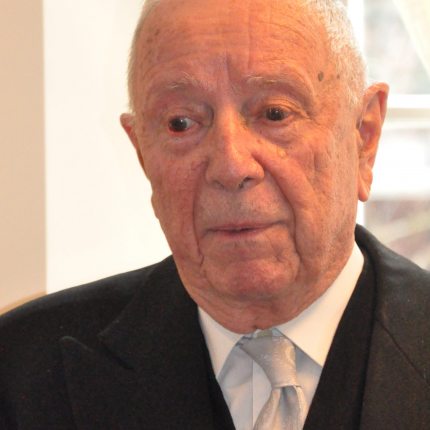 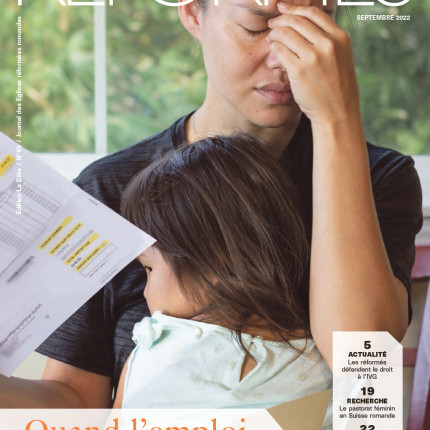